Ben Phipps, Acoustic Consultant here at Encon Associates, explores the science behind the applications of Ultrasound.

Ultrasound refers to sound waves with frequencies that are above the upper limit of human hearing.

In terms of its physical properties, ultrasound is no different to audible sound, it’s just that it cannot be heard by humans. The typical range of hearing for a human teenager is 20Hz – 20KHz, however this does deteriorate with age. Subsequently, ultrasonic devices emit frequencies above 20KHz.

You will almost certainly be familiar with the term ‘ultrasound’ being used to refer to scans used to build a picture of a baby in the womb. Ultrasound scanning works by sending high frequency sound waves through the uterus which reflect back to form an image on the display. However, you may not be as aware of the other applications of ultrasound.

Due to the high frequency nature of ultrasound, the associated wavelengths are very small and therefore highly directional. This, along with the inaudibility makes ultrasound effective for a number of applications. One of these applications is proximity sensors for road vehicles designed to alert drivers of obstacles while parking.

The sensors emit ultrasonic pulses which reflect off objects that are in its path. A control unit measuring the time it takes after the impulses have been sent for them to be returned having reflected off the surface calculates the distance between the edge of the vehicle and the objects and notifies the driver usually in the form of ‘beeps’. The faster these beeps, the closer the driver is to the object, with a continuous tone often indicating a minimal pre-defined distance. Considering that the sonic parking sensors rely on the reflection of sound waves, there are limitations to the system. For instance, the system may not detect objects that are not sufficiently large to reflect sound, such as a narrow pole or vegetation.

As well as vehicle parking sensors, ultrasound is also commonly used in security systems to detect movement from intruders. The system achieves this by transmitting ultrasonic signals and similar to the reverse sensors, the signal reflects off an object back to the receiver part of the sensor, determining a resting position. If this path is interrupted, the time taken for impulses to reflect back changes, which therefore triggers the alarm. A common disadvantage of ultrasound security systems is that they are less effective at larger distances due to smaller wavelengths associated with high frequencies being more easily attenuated in air.

A very useful and common application of ultrasound is to clean electrical components. 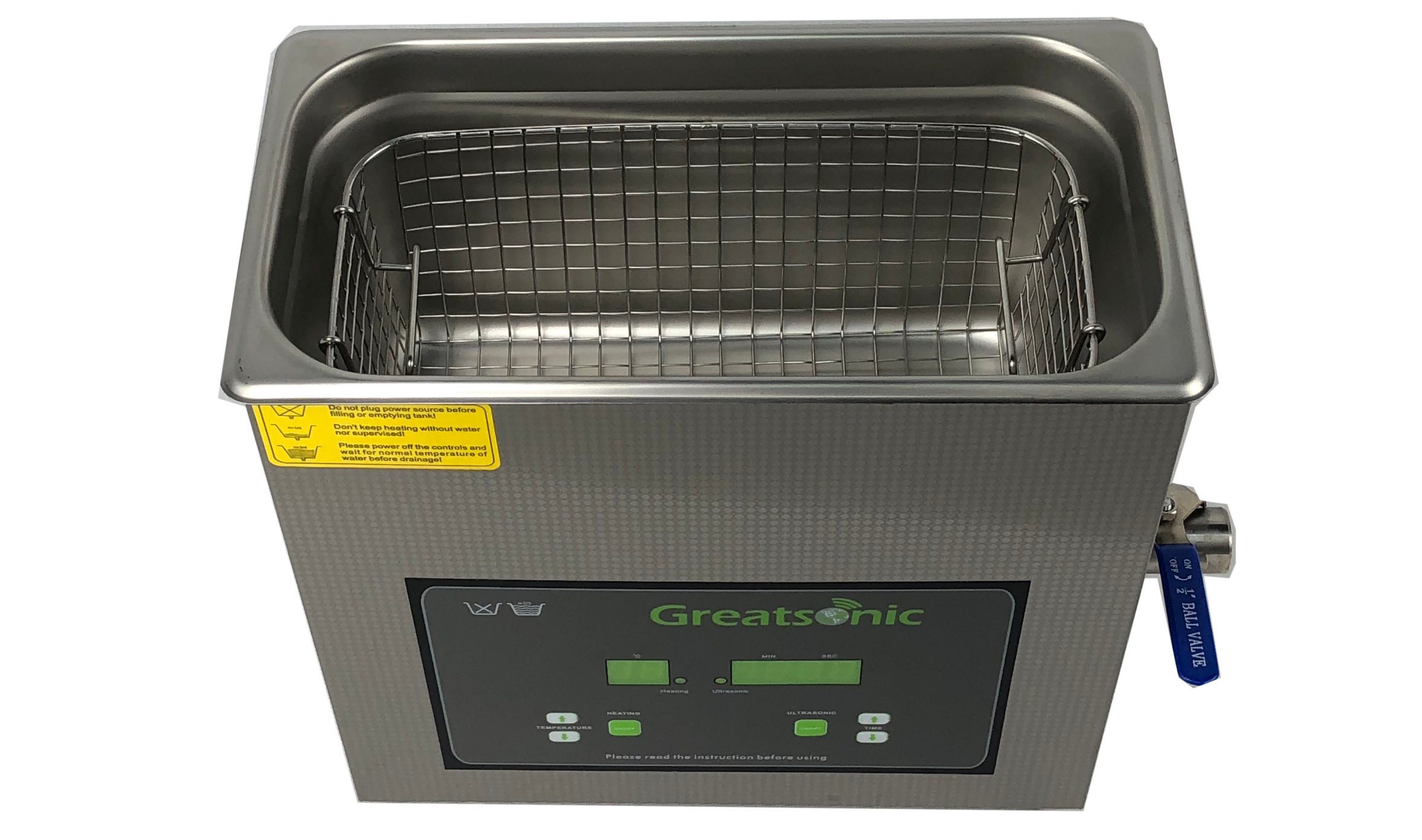 Ultrasonic cleaning uses cavitation bubbles that are induced by ultrasonic sound waves (typically 40 KHz) to agitate a liquid. The agitation generates a high amount of pressure on materials like metals, plastics, glass and ceramics. The agitated liquid is also effective at penetrating blind holes and cracks. The purpose is to remove all traces of contamination that are tightly bound to the surfaces of the material. Ultrasonic cleaning systems are widely used in many industries, including medical device, automotive, aerospace, dental and electronics. The required time for ultrasonic depends on the material and its condition, however, typical cleaning times range from 3 to 6 minutes. Delicate items such as electronics may require a longer cleaning time. Higher heat often helps loosen the contaminants and as a result, industrial parts cleaners apply the heat in the range of 57 – 66°C. An ultrasonic cleaner, otherwise known as an ultrasonic bath includes the following basic components:

As we know, Ultrasound does have medical application. Aside from building pictures for unborn babies, ultrasound is used for a process called Shock Wave Lithotripsy (SWL), which firstly pinpoints the location of kidney stones. Ultrasonic waves are then sent at high amplitude from the machine to break the stones into smaller pieces so they can be passed more easily. Treatment usually involves multiple sessions.

An appliance which is becoming more and more common in homes is an ultrasonic toothbrush.

Please contact us if you need any noise or acoustic advice or services.

How to Obtain BREEAM Accreditation

What process is involved in obtaining BREEAM accreditation? Read this post and discover the steps you need to take to obtain BREEAM certification.

Encon Associates are offering professional Workplace Noise Assessments in line with The Control of Noise at Work Regulations 2005 at competitive rates.

What Makes a Great Street

Have you ever walked down a street and caught yourself marvelling at the cityscape around you? Hugo Tran takes a look at what makes a great street.