This year's ProCon Leicestershire Property and Construction awards have been announced, which includes Sustainable Development of the Year Award 2016.

The award is given to the "best new environmentally sustainable development in Leicestershire or Rutland that was completed within the 18 months prior to 30th June 2016." If a project has been previously nominated, it cannot be submitted again.

Judged by the experts

Each category will be judged by a panel of experts that award according to specific criteria in each category. Other categories include:

Sustainable Development of the Year

The three finalists for this years award ceremony are all based in the Leicestershire and Rutland area. Each have been selected for their contribution to the sustainable development. This year's projects that have been selected are:

Entered by the Environmental Agency, this £3 million project has enhanced the green infrastructure in Leicester's river corridor, by reducing the risk to more than 2000 homes and businesses, in one of the country's most 'at risk' areas.

2. University of Leicester Centre for Medicine

Nominated by Willmott Dixon Construction, a powerhouse in the industry, this £42 million pound project set a new benchmark for energy efficiency in buildings of this scale, constructed to Passivhaus standards. It generates an estimated 30k kWh of energy per year from a photovoltaic array (is a power system designed to supply usable solar power by means of photovoltaics).

This project was entered by Keyplan Developments due to the level of sustainability this "eco-house" achieved. It's utilised natural light through multi-faceted apex ceilings and roof lights, an air source heat pump, that delivers water at 65 degrees centigrade. The project also has solar panels, LED's throughout, and a system monitoring temperature changes moistures levels. It can extract air from the hot spots, and sent it to other areas in the house. Not on the same scale as the others at a value of £0.5 million, but this is project worthy of being a finalist.

Good luck to all parties involved

Wish wish good luck to the finalists, and look forward to finding the outcome. ProCon are holding their Awards dinner on Thursday 17th November 2016 at the Leicester City King Power Stadium.

If you would like to find out about our award winning projects, get in touch by phone or email 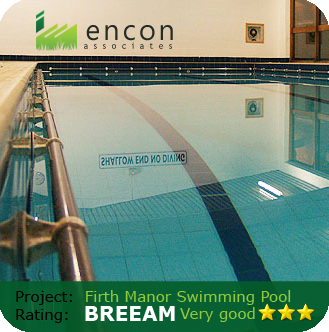 Construction News | MediaCityUK is set to double in size