How to Teach BIM Using Minecraft

Minecraft has long been of interest to those in the architecture, engineering and construction (AEC) industry. After all, the indie game, which burst onto the scene in 2011, is all about designing and constructing buildings (and even wiring an electrical system, if you’re savvy).

The trouble is that the game isn’t very realistic. With its ridiculous physics, endless build height and limitless materials, it doesn’t exactly give a clear picture of current construction practices.

As Mark McKane and David Comiskey of the Northern Ireland BIM Steering Group explained, though, this could quickly change with a mod called BeIMCraft—which combines building information modeling (BIM) practices with Minecraft for AEC education.

It all started with an idea.

Timothy Hegarty has been very active in social media surrounding BIM and is a Minecraft enthusiast. Hegarty was aware of the educational applications of the game, as well as its existing capabilities to import Revit and IFC models, and thought it could work to put two and two together.

“As part of the network of the BIM Steering Group, other people from the industry were getting in contact with us and asking how they could get involved,” McKane explained. Hegarty pitched the idea to McKane and Comiskey, both of whom were working at Ulster University, that it might work to use Minecraft as a way to harvest new talent into the built environment programs in universities and colleges and ultimately into the AEC industry.

At first, McKane wasn’t sold on the idea—after all, it was entirely possible that Minecraft was silly nonsense that would die off in popularity in a few years. The more the idea was tossed around between McKane and Comiskey, however, the more appeal it had.

“At the time, I wasn’t overly familiar with Minecraft,” Comiskey admitted. “I knew a lot of my nieces and nephews would play it, and Mark’s children as well. I just thought it would be worth investing in it because it’s so popular globally and there’s some way we could link it with BIM to try to get the kids into it.” 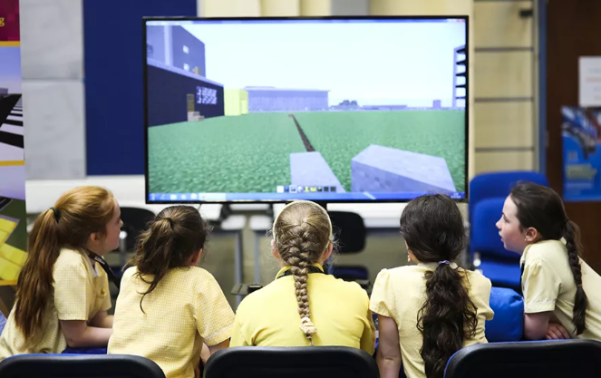 Minecraft is already a popular game for students, so with a bit of additional coding, it holds the potential to teach proper construction techniques, including laying foundations as shown here. (Image courtesy of BeIMCraft.)

After all, sources have suggested that there could be a 10-year shortage of AEC professionals in the UK, especially in the aftereffects of the global recession, which has had a huge impact on recruitment to schools for the built environment across the world. We will need a way to entice new talent into the field and BeIMCraft (Built Environment Information Modeling Craft) could just be the way to do it.

Learning to Play the Game

The first step after deciding to go ahead with the project was to get funding. The trio decided to apply for funding from the university, which was successful.

After that, they approached a fellow Minecraft-in-education evangelist, Stephen Reid of Immersive Minds. Reid had been doing a lot of general work with Minecraft in schools, which was not necessarily related to the construction industry, but he was keen to get involved with BeIMCraft.

The mod is still in its development stages and is designed to work with Minecraft Education, which is an actual offering from Mojang that aims to promote collaborative problem solving. The platform acts as a cloud server via Office 365 to enable entire classrooms to play.

The gameplay is similar to the original Minecraft game, but with a few major tweaks to make it reminiscent of a modern building project workflow.

First off, let’s look at the fact that Minecraft is, for the most part, a single-player game. Multiplayer versions work both in local co-op and server setups, but players don’t need to cooperate to accomplish anything and many prefer to keep their own worlds where other players can’t “spill” lava buckets on their prize structure.

In BeIMCraft, players are on a team. Before they even enter the game, they will receive a brief on how much time and money they have at their disposal to finish the project. They will also need to decide who will take on which role for the project—who will be the architect, who will be the engineer and so on.

“What we’re trying to do here is replicate the interdisciplinary working of a project team,” explained McKane.

When players sign into the game, this will be treated as clocking in. The game times how long teams work on their projects and multiplies this by an hourly rate to keep track of the project’s budget. Because the mod is still in development, teams currently have to sign in together, but McKane and Comiskey hinted that the eventual plan is to set it up so that players can log in remotely, much like a common data environment (CDE) on a BIM project. 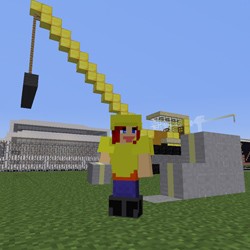 Setting Up a Base

Players will start out in a predeveloped mini-city with three different building plots on it. These building plots will be located adjacent to a slew of regular structures—fire stations, nightclubs, apartment complexes and more. Players will then need to select a site for their given project based on real-world criteria, including consideration of surrounding buildings, planning issues, health and safety concerns and more.

To help introduce modern construction, players will have access to new tools, including the stability checker in the player's hand and a thermometer to help measure a building's insulation efficiency. (Image courtesy of BeIMCraft.)

“What we knew about Minecraft was that there are links with design and with construction in terms of building the different buildings—but we tried to align it more with BIM practices and with real life by modifying it to include things like material costs and stability issues,” explained Comiskey. “Rather than just building on top of grass—if they did that, it would collapse—they had to put in foundations to make it align with real-life practice.”

Players will also have access to materials that aren’t part and parcel of the Minecraft game (sorry, cobblestone block), including materials with thermal properties to make players consider aspects such as the sustainability of their buildings. These materials will show up in the project’s bill of materials.

When asked, McKane and Comiskey also mentioned the possibility of a set of complimentary resources for players to give out technical information for materials. This catalog, much like a BIM catalog, would include details about insulation qualities, costs, life expectancy and even local suppliers.

Once you’ve planned your team, your site, your materials and your building, you’ll be ready to start construction—but only after Steve puts on his personal protective equipment (PPE). And no, diamond armor doesn’t count.

The Educational Value of BeIMCraft

It’s important to note that this is not the first Minecraft mod out there that’s designed to emulate an AEC discipline. The key difference, however, is that the majority of these mods target a single discipline and don’t generally incorporate real intelligence as would be seen in a BIM model. BeIMCraft was designed to incorporate a team approach with model intelligence, reminiscent of an actual BIM workflow.

The goal behind this approach is to inspire students who are getting ready to pick their careers to consider the AEC industry. McKane and Comiskey explained that the target audience is students around year 10, which is the equivalent of ninth grade in the North American education system when students begin to tailor their educations toward their college or university goals.

“[David and I] have taught the equivalent [of ninth grade], which includes CAD drafting,” explained McKane. “There would always be three or four in the class who really liked drafting, but the rest of them—they would have been messing around.”

“Where we see a big advantage in this game is that it would develop the motivation for those young folks to pick construction because if they thought that designers and construction engineers and planners are using these sorts of Minecraft-like tools and you can have a career doing this kind of thing, there’s more incentive for them to select one of the disciplines in this industry as a potential career path,” McKane continued.

What Does the Future Hold?

“We’d be keen to get schools to use [BeIMCraft] in conjunction with a GCSE [General Certificate of Secondary Education] in construction or that first diploma in construction as an extracurricular project, that they could get the teams to compete against each other within the schools,” said McKane. He then extrapolated to express the potential for regional and even national competitions, which could all be judged within existing BIM Steering Group structures.

“There’s the potential there to get to at least a competition at the European level and we’d be very hopeful that it could go international,” McKane continued.

BeIMCraft has also stirred interest in the AEC industry at large, with members of the industry expressing favorable feedback on the game. Although it isn’t the game’s intended purpose, it could even be used as a tool to train professionals, especially those unfamiliar with BIM processes.

In the near future, though, the game’s strength will lie in its ability to inspire new talent to enter the AEC workforce. It isn’t clear when we can expect to see it in classrooms, but until then, we will wait with bated breath.

For more information and updates, check out BeIMCraft on Twitter.

HS2 is being urged to find a replacement for CEO Simon Kirby quickly to boost confidence, following news he is joining Rolls Royce 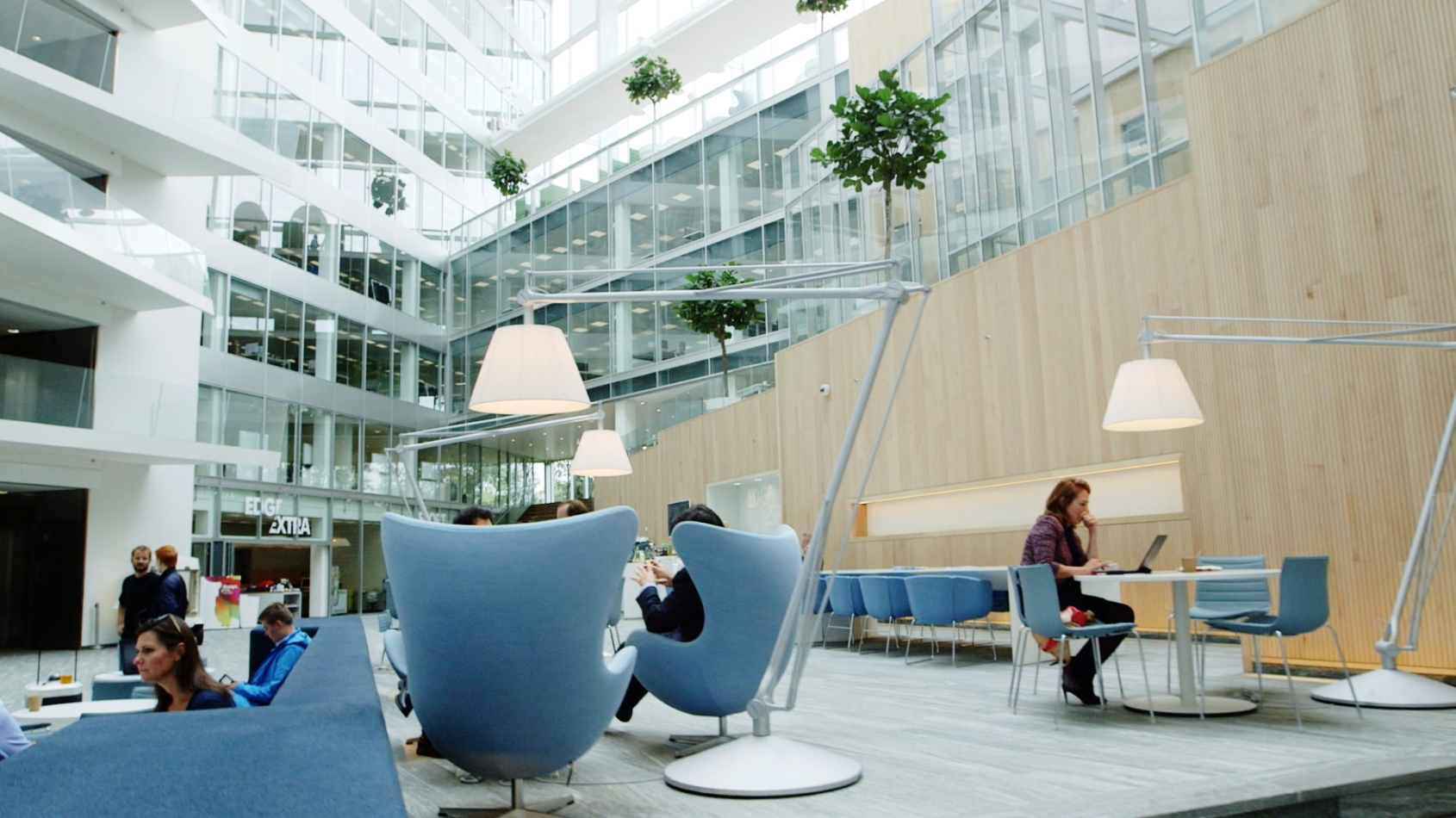 BREEAM - Is this the World's Smartest Office building? A building dubbed as a computer with a roof