Garden Villages and Towns could generate over 200,000 new homes

Following the announcement by the government of the garden village scheme and three larger towns around the country, everyone is raving about it, but is this a new concept?

Garden village is a new concept in some respects, but actually dates back to the 1800's! Sir Ebenezer Hoard came up with the 'garden city movement' as a form of urban planning. The aim, self-contained communities within the greenbelts of the UK, containing residences, agriculture, and industry. His vision was to accommodate 30,000+ people. This dream led to the birth of Letchworth, the first garden city, based in Hertfordshire, England. Its current population is around 33,600 (Wiki - Letchworth Garden City). Welwyn Garden City was the second garden city, and to date, these are the only Garden Cities, despite the eventual success of them (Geni.com).

If garden villages and towns are to be viable, it is important that the local authorities embrace the concept. As with Sir Ebenezer Howard's Garden City, it took a while for investors to see the benefit, as they required a profit, and until the cities filled, this was not evident. Think Tank Policy Exchange reported that in excess of one million new homes could be built if the 353 councils in England built just 3,000 new homes to the policy, over the coming decade (Policy Exchange). Back in 2014, Nick Clegg accused David Cameron or being 'reluctant' to build new garden cities (Telegraph Online). Things seem to be moving in the right direction now. 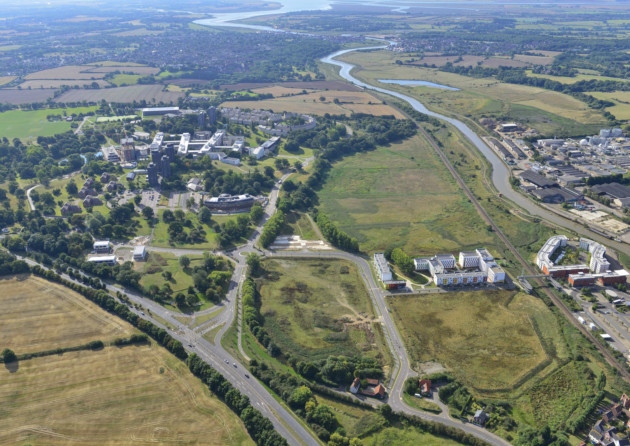 20% discount must be offered to young first-time buyers

In the modern day, the Garden Village is classed as a development between 1,500 and 10,000 homes and the Garden Town will be developments greater than 10,000 new homes. The developments must be Local authority-led and be a Free Standing settlement, i.e. not an extension of an existing town or village (Gov.uk PDF). Another part of the criteria is that 20% discount must be offered to young first-time buyers on the high-quality homes, something we are seeing more and more of in new developments. In addition to this, there will be access to government funding streams such as Starter Homes Fund and Help to Buy.

The sites released by the government include 14 village sites and 3 new town sites, giving us 17 new settlements and potentially 200,000 new homes across England. They will not only bring homes but a community with new facilities, new jobs, creating a sustainable local economy. Creating this type of community green space would potentially create a good old fashioned community spirit at the heart of the new settlements. This must have strong appeal to the future potential residents.

The aim in July 2016 was to identify up to 12 new garden village proposals, but after an expression of interest more were identified than expected. Since, the government added additional funds for further development of other village garden proposals, so it is likely over 2017, another expression of interest will be considered to locate more new garden villages. Already proving its support, there is a 'wave' of garden cities towns and communities already in progress, in Didcot, Bicester, North Northants, Aylesbury, Basingstoke, Ebbsfleet, and North Essex.

With so much going in the UK and the world, it is sometimes hard to believe that plans promised today will be delivered tomorrow. Will BREXIT put a hold on things in years to come? Will the houses remain 'affordable'? Only time will tell, but let's hope that local authorities fully embrace this movement, and help get closer to the one million homes required by 2020!

The smartflower: Is this the world's smartest solar solution?

The Smart Flower is a Plug and play solar energy system